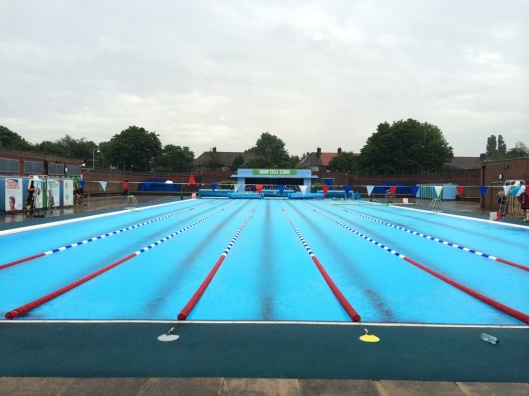 Having observed the Saturday morning Charlton Lido swim ritual every week since the pool reopened in March, this morning thunder and lightning forced us all out of the pool. I’d only done three lengths which, as it turns out, isn’t quite enough to shake off last night’s pub trip (the Job Centre in Deptford’s first night – it’s good, despite the ropey name/concept), and it certainly isn’t enough to get the general feeling of smug wellbeing that comes after 20 lengths (I know that’s not hugely impressive in the grand scheme of things, but it’s something).

Now, fingers crossed that the weather improves for this afternoon’s Plumstead Make Merry.