I finally got round to putting a couple of rolls of 120 film through the aged Yashica Mat-124G that I’ve had for a while. I’m still waiting for high-res scans of the second roll, but here are three shots from the first film. They’re not the best photos I’ve ever taken, but it’s enough to make we want to experiment further. 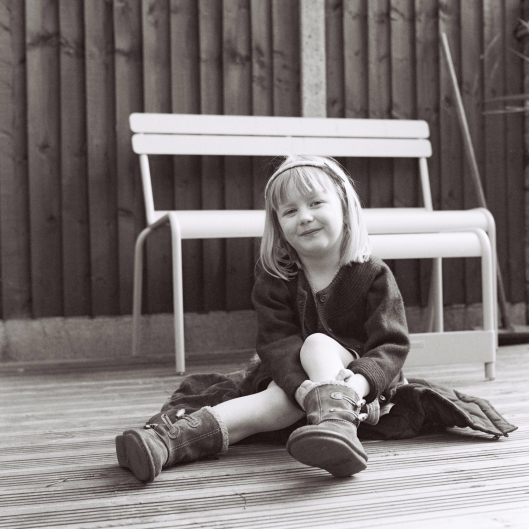 I was pleased to find that the camera works pretty well; it obviously has a bit of dust in it, but the spot edit tool in Lightroom seems to work remarkably effectively and efficiently (a tool I’d never bothered with before). The whole process of using the camera – particularly on a tripod – was completely alien to my daughter (utterly used to seeing the image on the back of the camera a second after the picture’s taken), and proved to be pretty entertaining.