I very much enjoyed a Saturday morning trip to see the Side Gallery’s ‘About the North: Imagined Dialogues’ exhibition, which brings together a range of work from AmberSide’s collection with that of other photographers’ work from across the North.

Amongst the old favourites (I’m always very happy to get up close to John Davies’s big prints – seeing his work in the Deutsche Bourse prize show at The Photographers’ Gallery some years ago remains a key trigger in how I have come to think about photography – and I still get a thrill from seeing Henri Cartier-Bresson’s photos from the North East), there was a good number of pictures I’d not seen before.

I particularly liked Simon Roberts’ Protestors occupy Leeds city council budget meeting, from 2011, which made me wonder how the contemporary photography of the Austerity era will look in 20 years’ time.

The show leans, perhaps unsurprisingly given AmberSide’s roots and location, slightly more to the north east than north west, though there’s representation of Merseyside beyond Martin Parr’s New Brighton photos. This felt refreshing – to me, anyway – in a context where media coverage of the Northern Powerhouse and recent Northern Tail travails have focused so much on Manchester and around.

The images that left the biggest impression were these below, amongst a few others printed large and pasted in the entrance way to the gallery. Until recently the juxtaposition of John Davies’ large format shot of the now long closed Dawdon colliery with James Sebright’s work in Nissan’s Sunderland car plant would have had a fairly simple reading: here is the old work of the north east, with its obvious environmental impact; and here are the new, high-tech jobs. But with politicians from both major parties pursuing a Brexit that would likely take the UK out of the Customs Union, and the likely devastating impact that that would have on all kinds of just-in-time manufacturing businesses, future perception of the second image starts to look somewhat different. What will documentary photos of the north east’s car manufacturing industry represent in 2, 5, or 10+ years’ time? 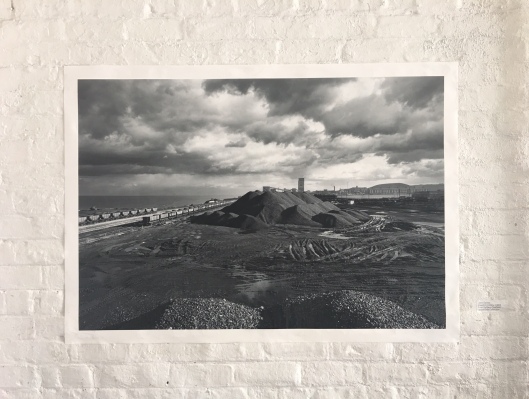 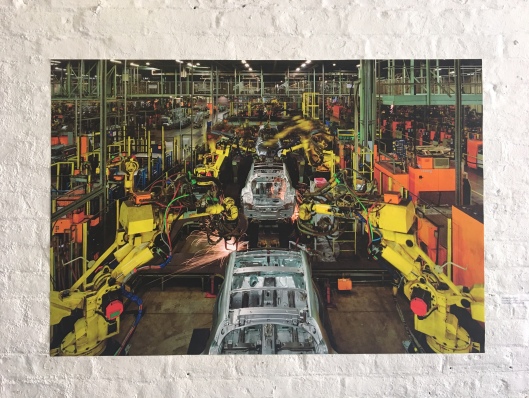 A week on from the EU referendum result and I feel unmoored, desolated, angry, anxious, despairing, gutted, fearful; there’s zero relief from knowing that the country has regained its ‘sovereignty’ (whatever that’s supposed to mean in the 21st century). Everything we thought we knew about the country and the future has turned out to be wrong; work feels less certain, racists have been emboldened, the world my daughter and her schoolfriends with their international families – all thrown up in the air. For, apparently, nothing. I’ve been glued to Twitter throughout, and it’s probably doing my mental health no good at all.

I’ve no idea where we go from here, or get out of the problem neatly summarised in a post that’s being doing the rounds as “…if no one ever does the thing that most people asked them to do, it will be undemocratic and if anyone ever does do it, it will be awful”.

Some longer pieces I’ve read in the last week that seem worth sharing:

Richard Bronk of the LSE: a plea for realism, tolerance and honesty

Why Brexit Happened And What It Means, Tyler Cowen/Marginal Revolution

Thoughts on the sociology of Brexit; Will Davies for Political Economy Research Centre

Edward Hadas on UK politics as a game