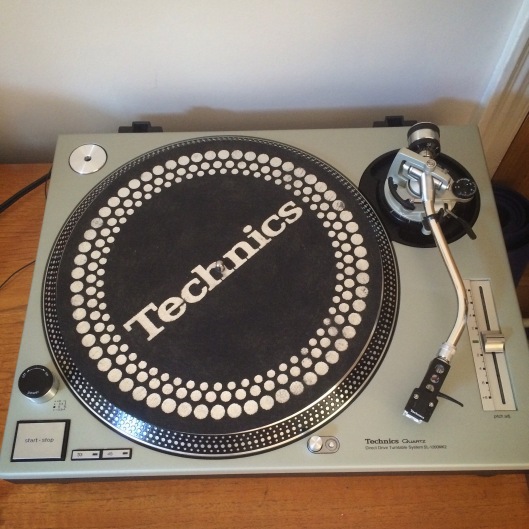 A few weeks ago I bought a secondhand record player; a proper one – a Technics 1200Mk2, like what the DJs use.

Why would I go and do a thing like that, since I’ve never really had a vinyl collection?

So in the end, I ordered the Technics.

Time will tell if the novelty wears off, but I’m loving it so far.

2 thoughts on “Now listening: to vinyl…”