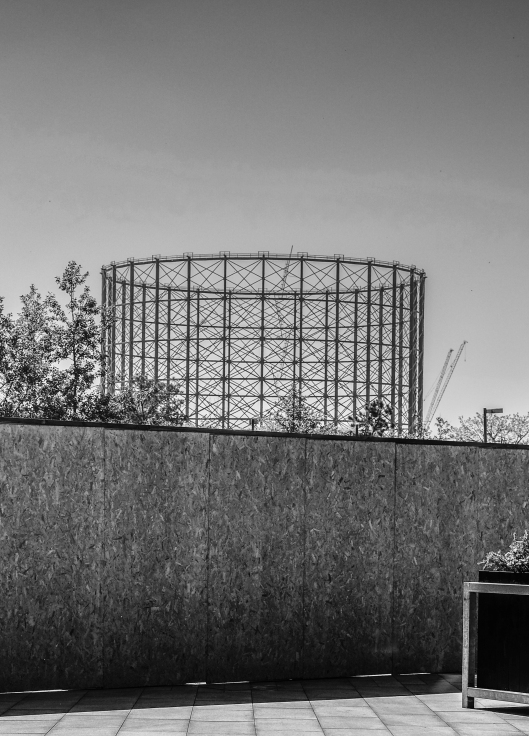 The most visible remaining symbol of Greenwich peninsula’s industrial past is moving closer to demolition. As I understand it, the owners wish (and have permission) to demolish it for future development, Historic England have refused to list it, national government backs the developers, and Greenwich council has taken its eye off the ball by approving plans for demolition rather than upholding its own Planning Policy brief, which says “Proposals should respect and respond to the industrial character of the area as a means of relating new development to the local context. In particular, development should build on the heritage value of the gas holder to enhance the character and distinctiveness of the area”.

In my view its a hugely wasted opportunity to maintain an historic feature of the local skyline.

There’s a petition to save it from demolition here: https://www.change.org/p/royal-borough-of-greenwich-southern-gas-networks-save-the-nationally-important-east-greenwich-gas-holder-from-demolition.