The Woolwich Free Ferry has been taking people across the Thames for centuries, most latterly as a key route for lorries to avoid the Blackwall tunnel. The current roll-on, roll-off boats, built in 1963, are to be taken out of service this week to be replaced by new vessels which promise hybrid diesel-electric power (check out the exhaust fumes in the picture above to see what the current boats produce), and magnetic berthing. One striking feature of the soon-to-be-redundant ferries is the large space for foot passengers under the car deck, not barely used, but a reminder of the ferry’s past role in getting dock and factory workers back and forth before containerisation and deindustrialisation arrived.

I thought I should get some pictures before these boats bow out, and went down for a trip to North Woolwich and back on a bazlingly bright late September day. See the full album ‘Last days of the old Woolwich Ferry here’. 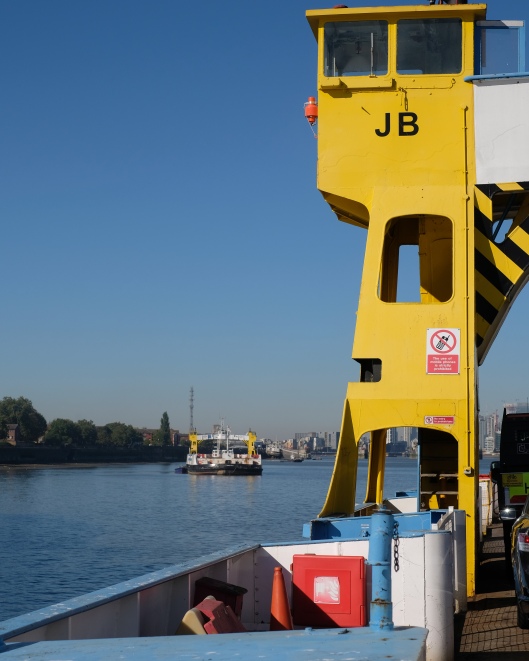 A few photos taken with some time to kill on my way to see Gruff Rhys at the Barbican a couple of weeks ago. And some more photos here. 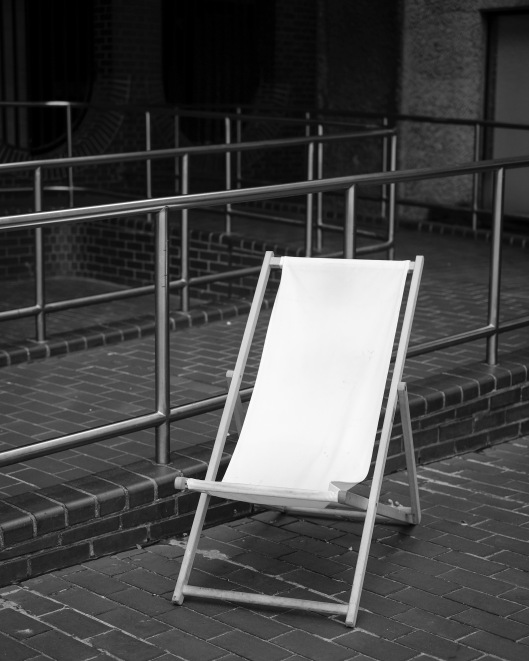 It’s been a few years since we’ve managed to go to any of the Open House London properties, but today we made it all the way over the heath to see Britain’s only Brutalist Quaker Meeting House, tucked away down a side road near the station in Blackheath. Designed by architect Trevor Dannatt OBE and opened in 1972, it’s a clever building, split over two levels and making good use of a small corner. I particularly like the way light is let in around the corners of the main meeting room’s ceiling, as well as through the wooden window structure in the centre. The mood in the building was as serene as you might expect. You can see more of my photos of Blackheath’s Quaker Meeting House here.

After that, we walked over to Boone’s Chapel on Lee High Road; I’d never heard of this until it was mentioned when I went to visit Charlton House’s Summer House on Thursday to take some photos of the restoration works in advance of Open House Weekend for The Charlton Champion. It turns out that the architect responsible for the restoration work had done similar work at Boone’s Chapel and is now based there, and part of the display explained the history and importance of Charlton House’s Summer House in a much better way than I’d seen previously. I failed to get any photos, though: too many people in the way – hopefully I’ll get back to an open day there at some point soon.

Also on the subject of heritage open days, I have some photos on the Charlton Champion today of the Grade II-listed structures you can visit night or day, any day of the week, namely two K2 telephone boxes… 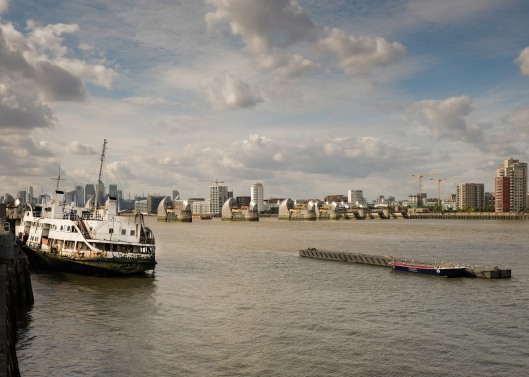 Viewed from the top of the ramp leading the Thames Path up the relatively new ‘missing link‘ east of Thames Side Studios on the Woolwich-Charlton border, the Thames Barrier and the former Mersey ferry ‘Royal Iris’. The latter, which has featured here before, looks a little sadder each year. I saw a rumour on Twitter that it is likely to be cut up soon, but haven’t been able to confirm it – if you know better, get in touch!

An excellent night with good friends at the Barbican Centre, watching Gruff Rhys perform his latest album, Babelsberg, with the London Contemporary Orchestra. I’ve seen Gruff Rhys a few times with the Super Furry Animals and solo (the American Interior show at the Southbank being a highlight), and he always brings something new and special to the show. This time the orchestration really brought the new songs to life and shone extra light on his melodies; I hope I can catch him again soon and look forward to seeing whatever he does next. 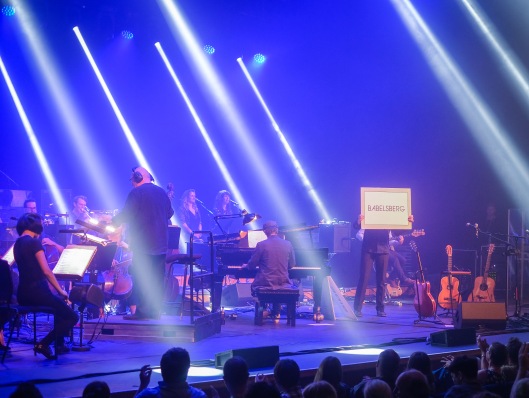 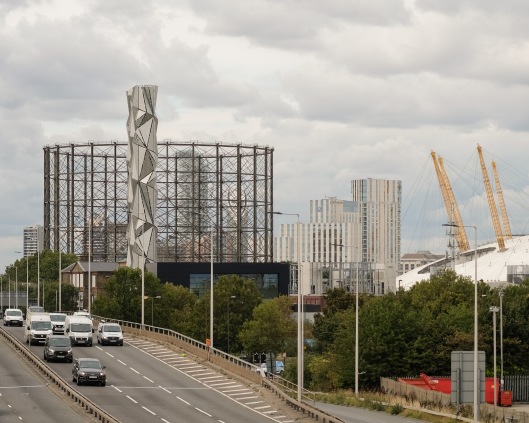 A walk around the south-western end of Greenwich Peninsula to take some pictures of the under-threat-of-demolition gasholder. There seems to be a growing realisation in the area that this will be missed when it’s gone, but the chances of saving it via the planning process seem slim, unless owners SGN (a gas distribution network) have a change of heart and decide to develop along similar lines to the King’s Cross gasholder.

Eight more photos of the East Greenwich gasholder taken on my walk here. 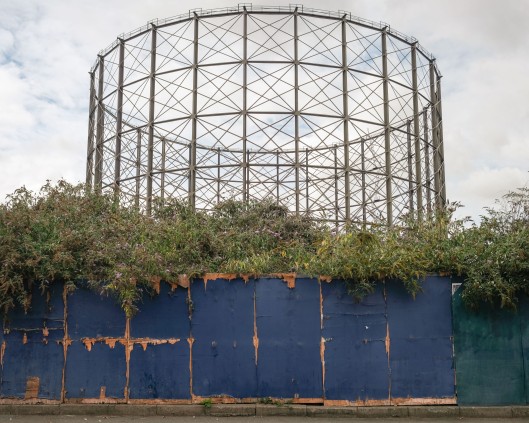 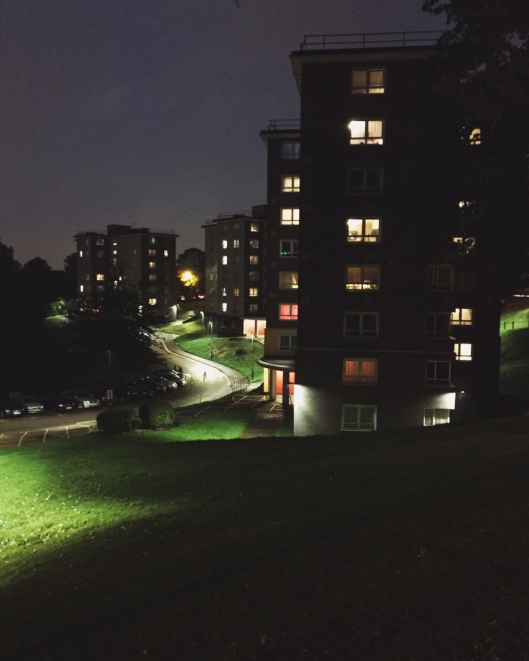 A walk to the pub on Bank Holiday Sunday evening (because you have to go out on a Bank Holiday Sunday evening, don’t you?), the rain almost stopped after pouring down all afternoon. This shot taken from Charlton Road, looking into the Springfield estate. I’d love the chance to take my camera to the top floor of one of these blocks, with their view across the river and over to Canary Wharf.

Down to the Thames Barrier on Bank Holiday Sunday morning to take photos for a few different projects:

While in the area it’s impossible not to go and have a look at the river. The light was only so-so, and the view’s been photographed a million times but it still feels worth it, though, as the landscape keeps changing. How long before it’s impossible to see the Millennium Dome/O2 Arena from this part of Charlton?

Nearby, it was amusing to see how Greenwich Council have fixed their signage department’s peninsula(r) error, and also good to see the Barrier memorial settling into the landscaping.

Later on rain it rained torrentially for much of the rest of the day in classic Bank Holiday weekend style, so I was pleased to have achieved something in the morning, even if it was mostly photographing fly tipping and dereliction. 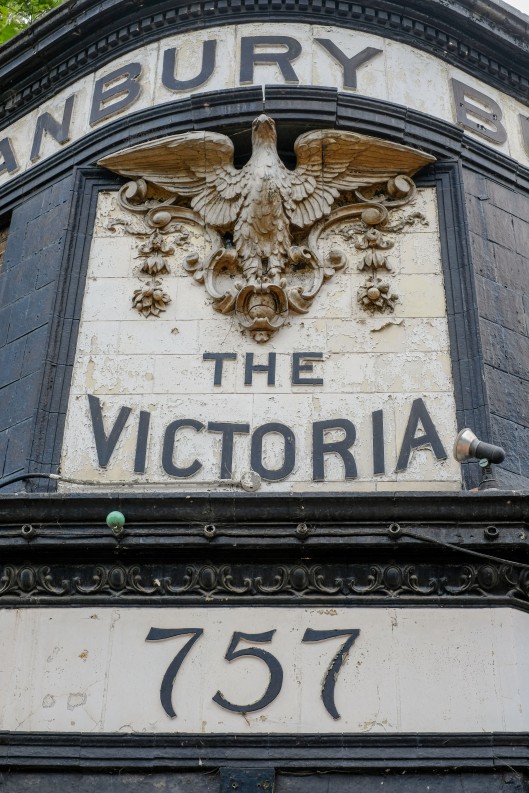 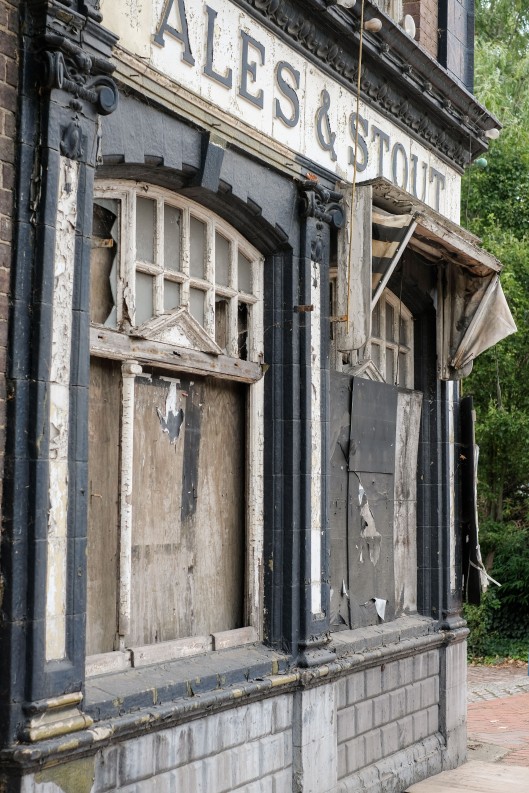 A Bank Holiday Sunday morning look around Charlton’s Flytipping Quarter* to take some photos, and have a look at the current state of the abandoned and derelict Victoria pub on Woolwich Road. It’s a sorry sight, with much of the back missing. It’s difficult to see now how it could be restored and, if it could, how someone could run a viable pub business on this stretch of the road, unless the new residential developments spring up quickly and are populated by keen pub-goers. Planning objections to proposed new pubs around East Greenwich’s new developments suggest the two may not go hand in hand…

Update: From The Murky Depths blog had a post last year on plans to build accommodation at the back of the pub. It’s not clear if any progress has been made with this plan, though. A cynic would suggest that any developer would benefit from the pub falling apart further before making a new application to demolish it as unsalvageable.

A few more photos of the Victoria pub here.

(*AKA, New Charlton Industrial Estate, shortly to be rebooted as Charlton Riverside – read the latest in the planning saga here) 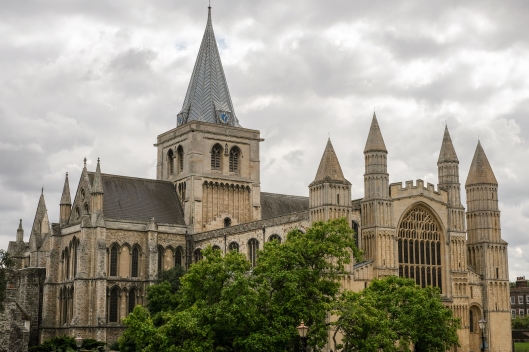 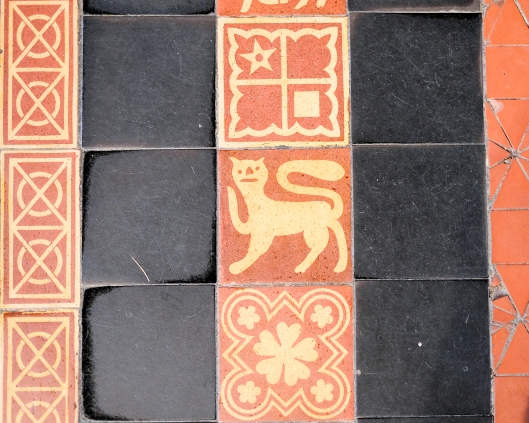 A trip down the A2 to Rochester, to take my Dad – a former history teacher – to see Rochester Castle, the seige (1216) of which he taught generations of schoolchildren in Co. Durham. We also took in the cathedral – pretty vast and somewhat sprawling but also quite beautiful; I particularly liked the floor tiles and Wheel of Fortune. Then a wander along the High Street, with its ‘biggest in England’ secondhand book shop, charity shops, daughter-pleasing sweet shop, and array of Dickens-themed cafes. 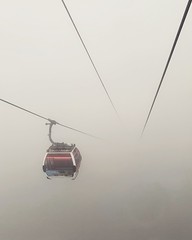 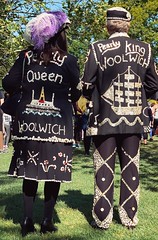 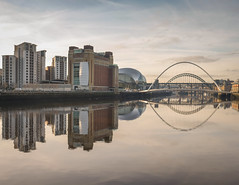