Flowers outside the florists in Blackheath village, autumn 2017

Across to Blackheath Village first thing Saturday for a haircut. Nice autumn light shining on the display outside the florists by the station.

Over to Charlton Park next on Charlton Champion duties to photograph the official opening of the new skatepark, built by Greenwich Council and funded by developers taking over the old skatepark site in Woolwich (amid much inevitable controversy).

Full set of skatepark pics at The Charlton Champion.

I’ll definitely be back there soon to take more photos; the light wasn’t ideal (sudden brightness between downpours as Storm Brian passed over), and a longer lens would be better  – I had assumed that my 14mm would be ideal for capturing the whole skate bowl scene but, as always seems to happen when I use a wide angle lens, it was quickly abandoned for the 35mm. Next time I’ll take the 60mm for more portraits.

The evening was spent playing guitar with Ronnie Ripple & The RipChords at Genesis cinema in Mile End; a fun gig performing after a screening of Back to the Future. I really should have used it as an excuse to face down my 30 year fear of playing the intro and solo for Johnny B Goode, though. Hopefully there’ll be another chance there soon.

We were burgled this week. Luckily we didn’t lose too much, and nothing of significant sentimental value was stolen. What did go, though, was my whole Nikon camera system: D80 body, Speedlight flash, and 4 very decent lenses.

So, assuming the insurance coughs up a respectable amount, I’ll be needing to buy a new camera system, and I really don’t know what to go for. If the body had gone on its own, I’d have simply bought the latest equivalent from the Nikon range (whatever that is – I’ve really not kept up with new camera developments in the 7 years since I bought mine). As it is, it’s the lenses I’m feeling the loss of most keenly; assembled over a few years of buying and selling, they were a useful mixture, and all good quality.

I could, I suppose, just go out and replace them like-for-like (assuming the insurance…etc, etc), but I’m also wondering, given that the SLR’s not been used as much in the last couple of years (not enough hands free, too much other stuff to carry, etc, while out with 2 year old daughter), if that’s a wise move. I should at least try to understand Micro Four-Thirds, APS-C, Sony NEX, etc…

In the background of my thoughts is that I have a Sony RX100 which, while it does the job of fitting in my coat pocket, and being undoubtedly better than any other compact I’ve tried, just doesn’t produce the kind of images I’m used to from the SLR. The sensor is a very decent size; it’s pretty fast when wide open; there’s very little shutter lag, and so on… but, the lens just isn’t that good; too much work required in post-processing to bring the colours to life, and far too much barrel distortion.

The question is: is anything other than a new SLR going to give me the image quality I’m used to? Is the Fuji X system as good as the reviews suggest? Doubt I can afford the X Pro 1, but the X-E1 might be possible, maybe with the 35mm f1.4 lens (though people say positive things about the kit zoom too). Or will this leave me with the worst of both worlds: too big for a jacket pocket, not-quite-good-enough image quality?

Secondly, if I do go for another DSLR, is a second hand body from further up the range (D300?) better than a brand new low-to-mid range version (ie the latest equivalent of my D80)? 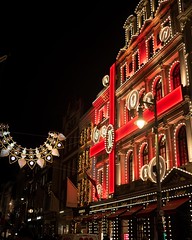 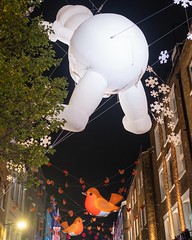 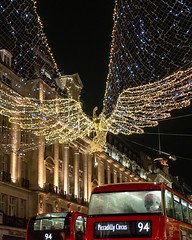